90 Tons of Cannabis Grown Each Year Under License Of The Home Office.

The Home Office has been supporting a massive 90 Tons of Cannabis Grown per year cannabis grow operation in Norfolk, England for the last three years. In 2016, GW Pharmaceuticals took over 18-hectares of greenhouse space that once belonged to British Sugar. This sanctioned grow operation was so large that the smell of marijuana engulfed the nearby town of Downham Market.

While some of our readers may delight at the idea of a constant cannabis aroma, Downham residents were undoubtedly surprised. Cannabis is still a class B drug in Britain, and possession of the plant or flowers can result in several years of prison time. However, due to Home Office clearance, this operation can grow, ship, and sell hundreds of millions of pounds worth of marijuana.

GW Pharmaceuticals is a biopharmaceutical company that opened its doors in 1998 after approval was received from the Home Office. Their first objective was to research medical marijuana’s potential to treat multiple sclerosis. In 2010, after more than a decade of research, Sativex, GW’s cannabis extract, was approved in the UK to treat MS and its related symptoms.

In 2015, this company finished researching a CBD based product used for the treatment of epilepsy. This product, known as Epidiolex, was not offered to the UK population. Instead, it was fast-tracked for clearance by the US Food and Drug Administration. The drug was approved in 2018 for prescription in the United States. Now, the drug’s net value is 3 billion+ pounds.

Why sell this product in the United States? Well, Capital Group, a US investment fund, is the biggest shareholder of GW Pharmaceuticals. Philip May, the Prime Minister’s husband, just happens to be a senior executive with Capital Group. While not answering the question entirely, it does indicate that there is an incentive for the cannabis cultvation and its international sale in the US.

During the time that GW Pharma was cashing out over seas, their CBD product was not offered to citizens of the UK. Recent changes in medical cannabis legislation may make Epidiolex available to citizens with epilepsy or other severe conditions. Medical marijuana has been given the okay for treatment in the UK when all other treatments fail, but patients are still finding it near impossible to obtain a prescription. Even today, sick individuals are having their medical marijuana and CBD confiscated at the airport by officials who are obligated to follow the now controversial cannabis laws.

If the Home Office had a change of heart, the medical marijuana market by itself could make more than 7 billion pounds a year, but with the enormous profit from their 90 ton grow operation they don’t seem to be in any rush to bring this medicine to their citizens. So, is CBD oil legal? Luckily, we are allowed to buy and sell CBD here in the UK, but we are unable to cultivate hemp or extract cannabidiol within our borders. We are also unable to make statements about the benefits of CBD oil, including its relationship to epilepsy, the disorder that GW’s Epidiolex is used to treat.

Even with all of the negativity, and censorship, this news does mean that politicians are becoming more friendly to cannabis, although this may just be for profit. With a medical marijuana program just starting, our healthy CBD market, and a few hungry politicians, it seems likely that cannabis could eventually be fully legal here in the UK.

Recently, the UN has stated that Britain was one of the largest cultivators and international distributors of legal marijuana throughout the world. If this massive grow operation is already legitimate and happening in our homeland, we may as well just legalize the plant. Eventually, the stench of this prohibition will drift away, and we will be free to choose how we treat our bodies.

Don’t worry, by the way. The smell lingering over Downham has reportedly faded over time, although residents still catch a whiff of some top-shelf cannabis every now and then. With this in mind, there is no reason to feel so bad about supporting the cannabis and CBD oil UK industries. Purchasing CBD is about more than just your health. It is about the legalization of a friendly and safe medicinal plant that your friends, co-workers, and family need.

Our CBD oil for sale is sustainably cultivated, expertly extracted, and verified by independent lab tests. Shop with CBD Guru. You will feel great about purchasing our products and even better about the results you’ll see after beginning a new CBD regimen.

What Is The Best CBD Extraction Method? 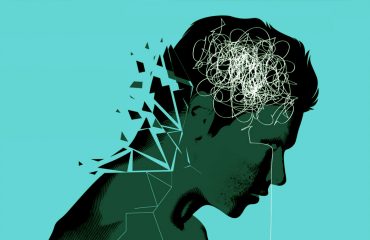 1 Comment to “ 90 Tons of Cannabis Grown Each Year Under License Of The Home Office.”