Cannabis and CBD History: An Introduction To The Historical Applications Of The Cannabis Plant

When looking at the last one hundred years of prohibition, it is easy to think that the new wave of legal cannabis is the first time the plant has become available. In reality, up until the 1930s, cannabis, including CBD containing plant varieties, were one of the most commonly prescribed medicines.

Cannabis flower and tinctures have been used since ancient times. There are historical records which suggest that the plant was used 5000 years ago in what is now modern-day Romania. The earliest evidence of medical usage date back to 1400-2000 B.C. In all that time, there has never been one case where cannabis was the cause of overdose.

CBD has always occurred naturally in cannabis plants, but it was not isolated until the 1940s. The chemical structure of CBD, or cannabidiol, was not adequately understood until 1964. Even after the structure was identified, CBD remained on the back burner until recent years. Finally, CBD medical research has begun in full, which illuminates our understanding of this natural compound’s medicinal properties.

CBD was originally the most abundant compound found in cannabis. Therefore, any cannabis users up until modern times would have been enjoying a rich CBD treatment. This was due to cannabis’ relatively low THC content. In the 1970s, breeders began selectively growing cannabis to have high levels of THC, the intoxicating compound in the plant. Over time THC levels rose by about 50-70%. As the THC content climbed, other valuable plant compounds, including CBD, became less present in popular strains.

Historical Cannabis and CBD Use

In the 2000 B.C. period, ancient Chinese documents recorded the use of medical cannabis. By 1500 B.C. the plant was included in their historical pharmacopeia. A few centuries later, ancient Egyptians began prescribing cannabis for inflammation and glaucoma. In 1 A.D. Chinese texts started recommending cannabis use for over 100 health issues.

In the A.D. period up until the present, many societies understood that cannabis had health benefits. During the Middle Ages, cannabis would have been a common addition to any herbalists collection. In the 1600s, cannabis use and medicinal recommendations surfaced in the U.K. region. Interestingly, a pipe that has been identified to have likely been used by William Shakespeare contained cannabis and tobacco plant residue!

Beyond Shakespeare’s use of the plant for mental stimulation and recreation, cannabis began to be suggested for difficult to treat symptoms. In 1611, cannabis was prescribed to treat depression in the U.K. By 1652 cannabis extracts were prescribed for inflammation, gout, and joint pain. During this time hemp/cannabis was brought over to the new world where George Washington famously cultivated the plant.

The United Kingdom’s historical use of the plant seems to have faded until 1842, when an army surgeon who had served in India, popularized its use as a remedy for “muscle spasms, menstrual cramps, rheumatism, and the convulsions of tetanus, rabies, and epilepsy.” Queen Victoria’s personal physician also recorded a large amount of information on cannabis, including its use against period pain. There is no direct evidence that the Queen used the plant, but it is likely given her physician’s recordings.

Around this time cannabis became truly popular as a treatment in the West. It’s use spread throughout France, the UK, and the US. In the 1850s, the U.S. added the plant to its pharmacopeia as it was used to treat “neuralgia, tetanus, typhus, cholera, rabies, dysentery, alcoholism, opiate addiction, anthrax, leprosy, incontinence, gout, convulsive disorders, tonsillitis, insanity, excessive menstrual bleeding, and uterine bleeding,” among other applications. By the 1900s medicinal cannabis was being used worldwide.

Shortly after this, cannabis use began to enter a global prohibition. This started in 1911 with the U.S. state of Massachusetts outlawing the use of the plant as well as a host of other activities they viewed as immoral.

The worldwide cannabis ban really began with the United States. In the 1920s 10 states passed laws to restrict cannabis use. The League of Nations then proposed that hashish, a potent form of cannabis, should be added the list of narcotics, effectively restricting its use in medical and research applications. In 1928 the UK added cannabis to the “Dangerous Drugs Act,” and it was strictly banned.

Back in the U.S., the “Marihuana Tax Act” was passed in 1937 despite the American Medical Association opposing the restriction of the plant. This tax act stamped out medical cannabis prescriptions and cultivation. In that same year, the first cannabis seller was arrested under federal law. Canada banned the plant in 1938 and in 1942 marijuana was removed from the U.S. Pharmacopeia.

The bans worldwide continue until the present time. A few countries and states have begun to legalize the plant on various levels. Canada has now legalized the plant once more, the U.S. is crawling towards legalization, and Mexico just joined the ranks of recreational countries. Recently, medical cannabis has been approved in the U.K. although it is rarely if ever prescribed and its availability is minimal.

Oppression is still in the air, however, as U.K. governmental agencies are seeking to control the use of CBD. Contrary to this is a recent statement from the UN which encourages cannabis to be allowed for medical and research purposes, and it also states that CBD products should be sold without restriction. This statement has not yet been finalized, but it should be voted on within the coming months.

Research still continued during the prohibition although it was greatly restricted in many parts of the world. CBN was the first cannabinoid that was isolated. CBN’s structure was detailed in the 1930s, and it was synthesized in 1940 by R. Adams in the United States, and by a scientist in the U.K. known as Lord Todd. CBD was obtained for the first time shortly after by R. Adams. THC was extracted in 1942 by H.J. Wollner.

In 1963, Raphael Mechoulam discovered the structure and three-dimensional shape of both THC and CBD, the two most famous cannabinoids. THC was researched first due to its psychoactivity. As CBD was not mentally active, it was assumed that CBD was merely a precursor to THC. Raphael’s team continued to work with these compounds and demonstrated powerful medicinal properties of both throughout the 1970s and 80s. In this time the anti-cancer and anti-seizure properties of the compounds were studied rigorously.

The British government actually spearheaded the CBD movement in 1998. They contracted Dr. Geoffrey Guy to cultivate cannabis to study CBD. Dr. Geoffrey Guy’s research clearly demonstrated that CBD provided an array of medicinal properties and showed that it is useful in the treatment of a host of disorders.

Over the years, news of these studies spread throughout the world. Underground U.S. researchers and cultivators began to create CBD tinctures to help patients in need. In 2009, as interest in CBD began to heighten, labs began testing cannabis strains to see how much CBD they contained. During these times many CBD strains were identified. In 2010, Geoffrey Guy’s initiative released Sativex, a cannabis-based product for use in the U.K. By 2014, CBD was being prescribed by government agencies in the U.S. In 2018, Epidiolex, a CBD product, was released for pharmaceutical use in the U.K.

Hopefully, the U.N. statement that medicinal cannabis should be legalized will find support. If action is taken, this would immediately encourage the globe to allow for therapeutic cannabis use. Even though we should be allowed the freedom to use this all-natural and neuroprotective plant recreationally, medical acceptance is a huge win.

CBD Legal Status
CBD is currently allowed for sale in the U.S., and in the U.K. There is talk about federal restriction and regulation in both countries, but this has not yet occurred. Industrial hemp, the plant from which CBD products are extracted is allowed for trade and cultivation in the U.S. The U.K. is considering putting CBD through a testing period before it is officially accepted, but hopefully, this testing period is avoided so that honest companies can continue to supply this valuable natural food supplement.

CBD medical properties have been well established throughout human history and are supported by modern science. We are moving out of a period of ignorance and propaganda which restricted this plant’s valuable benefits. All we need now is the support of the people. Talk about cannabis use, share your experiences with CBD, and continue to take care of your health by utilizing premium CBD products. 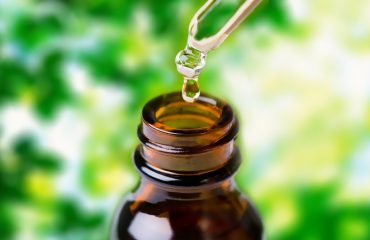 What are Terpenes? Why Do These Powerful Natural Compounds Matter?