Cannabidiol (CBD) is one of the two most-common cannabinoids in the Cannabis sativa (marijuana) plant. The most common in most strains of cannabis is THC, technically known as delta-9-tetrahydrocannabinol.

THC is the most well-known cannabinoid because it’s responsible for the psychoactive effects of marijuana. In other words, THC is the reason you get “stoned” from smoking pot — which for many people is the only reason for using marijuana.

In most strains, Cannabidiol is the second-most abundant cannabinoid. It works in conjunction with THC to create some of the plant’s effects on the body, but also offers a variety of potential medical benefits in its own right.

The amount of CBD and THC in marijuana varies according to the strain. While much of the focus till recently for growers has been on increasing the THC content of plants, some strains exist that are high in CBD too, and some growers have selectively bred strains to emphasize their high-CBD quality.

Hemp plants — which are also cannabis, but have been bred for their strong leaves and stalks instead of the THC-heavy flowers — have substantial amounts of CBD with very little THC.

There are over 80 other cannabinoids in the plant, but the others haven’t received much attention yet, partly because they’re found in tiny concentrations compared to THC and CBD, and partly because there hasn’t been much serious research on cannabis at all.

Tagged under: What is CBD 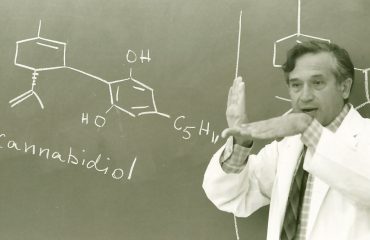 Demand for CBD Beauty Products Is On the Rise