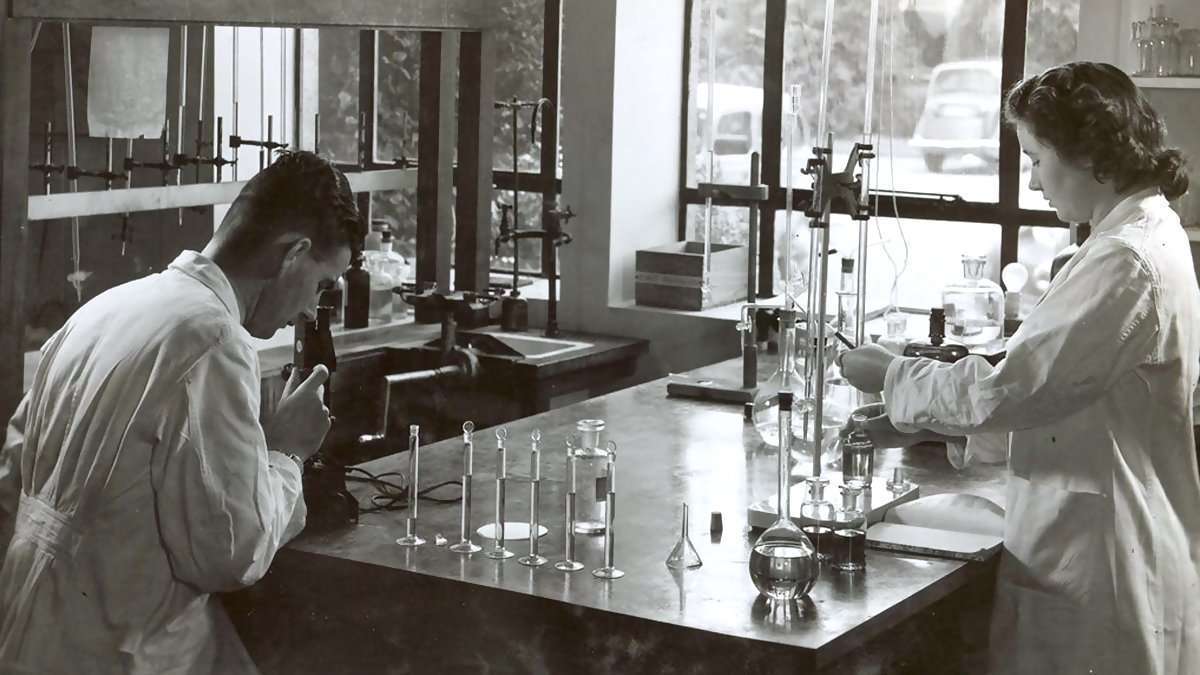 There can be no accurate description of Cannabinoid History without first examining the history of the ancient use of cannabis. Although CBD was only isolated less than a century ago, it is almost certain that cannabidiol has been occurring in cannabis plants for ages. Before diving into the scientific history of CBD oil, let’s take a glance at our ancestor’s cannabis consumption.

Keep in mind that while this article will discuss the scientific and ancestral CBD oil history, a more in-depth examination of CBD’s legal history can be found here.

The medicinal, therapeutic, and spiritual use of cannabis extends back through several millennia. Humans have a long-lasting relationship with this plant species, as we have cultivated cannabis as a source for food goods, textile products, and recreation throughout the world. The relationship between humans and cannabis runs so deep that some scientists believe that we have evolved with the plant.

As for the evolution of cannabis, selective cultivation has likely happened for about as long as the plant has been used. Certain varieties are particularly potent for altering consciousness and creating recreational/spiritual experiences. Other plant varieties produce more material suited for textile production and food. The needs and situation of each culture would dictate which style was in demand and which one was cultivated. This selective breeding would ultimately impact the many variations of the plant, allowing cannabis to evolve into many unique expressions.

On the other hand, humans have been altering their physiology with cannabis use throughout history. It was only in the last century that it has been prohibited on a near-global scale. These cannabis plants modulate the human endocannabinoid system (ECS), which is integral for human health and physical equilibrium. One has to wonder how our internal systems may have slowly adapted to cannabis use, and adjusted due to its consumption.

Some parties go so far as to state that without cannabis, humans can go into a state of Clinical Endocannabinoid Deficiency. However, regular exercise, consumption of omega fatty acids, and other dietary choices all supply the ECS with vital precursors and high functioning. This does not mean that these co-evolutionary plants don’t pack quite a punch when it comes to regulating human health and happiness!

The first cannabinoid to be discovered was not CBD or its famous sibling, THC. In fact, CBN came first with its 1930s discovery by R.S. Cahn, a British chemist. R Adams, in the USA, gets the credit for tracking down cannabidiol (CBD) in 1940,  and the first THC analogs were first extracted in 1942.

While CBD and these other vital cannabinoids had already entered our awareness by the 1940s, it would be quite some time until their properties were understood. The clinical applications of cannabidiol began to be established in the 1980s, and even then, the stigma surrounding the plant would prevent this knowledge from breaching mainstream thought until the 2000s.

The perseverance of the cannabis scientists and underground cultivators needs to be recognized. Without their work, we would not have achieved our modern understanding of cannabis. Additionally, they should be credited for the current availability of non-psychoactive products such as our CBD oils. With that in mind, we will press on through the many years of cannabinoid science to get an appreciation of their work and to establish a complete understanding of CBD oil history.

Raphael Mechoulam, an Israeli researcher, dubbed “the scientist,” has made many significant contributions to cannabinoid science. His lab discovered the structure and arrangement of CBD in 1963 and a year later illuminated these details for Δ9-THC. THC has several analogs or compounds with related structures, but Δ9-THC has received the most attention due to it being the most psychoactive compound in the plant. By 1965, both of these cannabinoid compounds were synthesized for the first time by Mechoulam’s team.

Single cannabinoid experiments began in the 40s, and 50s, with a strong focus on THC, CBN, and CBD. Many of these studies examined the pharmacological nature of these plant nutrients. Initial studies noted that the cannabinoids had traits which overlapped. In animals, large doses of THC/CBN induced a trance-like state or created muscle rigidity. These properties displayed that they likely had psychoactive properties. CBD did not produce these effects, which was one of the earliest signs of its non-intoxicating nature. CBD also had the unique ability to extend the length of medically induced sleep, while high doses of THC and CBD did not display this property. It is worth noting that at this time, CBN was observed to have a much weaker psychoactive impact, and recent use of CBN has demonstrated that it does not create a similar intoxication to THC.

There is currently a discussion in the medical field about CBD’s potential to inhibit the CYP450 enzyme system of the liver. During this initial pharmacological study, it was found that CBD did reduce the metabolism of an NSAID (non-steroidal anti-inflammatory) agent which was broken down by this network. To read more about CBD’s impact on CYP450 and possible medical interactions, feel free to take a look at our article discussing the subject.

By the 1960s and 70s, it was clear that the worldwide prohibition of cannabis was not entirely effective. Recreational marijuana and underground cultivation boomed across the UK and Western countries during this time, leading to an interest in the psychoactive properties of the plant. Naturally, this lead to a greater understanding of Δ9-THC. THC’s role in the cannabis high was confirmed, which directed medical and recreational focus onto this compound.

During all of this research, it was noted that the psychoactive effects of cannabinoids were closely linked to their chemical structure. Scientists also noted that THC’s sheer potency rivaled other compounds that were agonists for unique receptor systems. Both of these facts inclined researchers to believe that there were receptors that specificity related to the compounds in cannabis.

It took until the 1980s for substantial developments to be made in the search for cannabinoid receptors. Allyn Howlett’s laboratory at St Louis University provided the first valid evidence for these receptors existing. This team attached the radioactive compound tritium to the synthetic cannabinoid CP55940 allowing them to track it to specific receptor hubs in the rat brain. In 1991, the rat CB1 receptors were found by Tom Bonner’s team at NIH, an agency of the US department of health. In the same year, the human CB1 receptors were discovered in Brussels. To the surprise of many researchers, a second cannabinoid receptor, called CB2, was cloned in a Cambridge laboratory by Sean Munro soon after.

CB1 receptors are located mostly in the central and peripheral nervous system. They play a pivotal role in neurotransmitter release and pain suppression, among other activities. CB2 receptors are primarily attributed to immune cells, although they can be found elsewhere. These CB2 sites assist with the modulation of substances that are used by the immune system and also moving cells within this network.

As these receptors began to be discovered, it posed the question about possible endogenous compounds that modulated the activity of these sites. In 1992, Bill Devane was working closely with Raphael Mechoulam (the scientist who discovered the structure of CBD/THC) when he isolated a promising ligand from a pig brain. This ligand was sent for further testing, where it displayed the ability to interact with CB1 receptors, and produced many inhibitor effects that matched CB1 activity.

This substance was named arachidonoyl ethanolamide, and became known as anandamide (AEA). The word “Ananda” meaning bliss, comes from Sanskrit, the priestly language of India. Several active ligands influence the cannabinoid network, but the most studied of them are AEA and 2-arachidonoyl glycerol (2-AG).

A Closer Look At CBD History

In truth, we only scratched the surface by mentioning a few pivotal moments in cannabis science, but it is our hope that this gives you a better understanding of cannabinoids and their history. Now, let’s turn the focus back towards modern CBD history. Dr. Mechoulam carefully examined CBD’s therapeutic potential in the 1980s. His team discovered that patients receiving 300mg of CBD daily, either stopped having seizures or experienced a significant reduction in their frequency.

This information was available for quite some time, but it took many years for it to be accepted. Only when legalization began to spread around the United States, was cannabidiol extensively studied for its medical applications. Now, CBD has been reviewed for its potential to assist with neuroprotection, pain alleviation, epilepsy, inflammation, and more.

It took a few, now historical events, before CBD was taken seriously.  In previous articles, we have discussed how the medical cannabis revolution in the UK began with heart-breaking stories of children suffering from chronic seizures. A similar situation occurred in the US several years before, which created a heightened sense of awareness around CBD’s potential.

A young girl named Charlotte in the United States was diagnosed with a rare form of epilepsy. She had her first seizure at three months old. When she reached the age of four, Charlotte was unable to eat, talk, or walk. Charlotte was plagued with seizures, experiencing up to 300 per week. Her parents turned to cannabis when she was five, and a broad-spectrum CBD oil was able to reduce her seizures to three per month. This success story created worldwide acclaim for the high CBD strain known as Charlotte’s Web.

Through suffering, perseverance, and meticulous study, cannabinoid medicine has made its way back from the depths of prohibition. Now, the worldwide CBD industry is predicted to reach a value of €19.9 billion by 2022. That’s a lot of supply and demand, but it is understandable. The popularity of CBD is backed by scientific findings, as well as endless customer testimonial reports and support.

The UN’s World Health Organization has made several statements in favor of cannabidiol legalization, going as far as to state that CBD should be able to be sold freely so long as it contains inactive levels of the psychoactive compound THC. The World Health Organization has also suggested that Cannabis’ drug scheduling should be reduced, to allow for more medical and research.

The cannabis movement has made significant steps forward despite prohibition. From a research perspective, we now understand more about this precious plant then at any point in human history. Currently, CBD can be sold freely in many parts of the world, including the UK.

CBD wouldn’t be as popular without its vital properties, and we guarantee you won’t want to miss out on the many CBD oil benefits. Head on over to our shop, read up about our products, and choose the delivery method that suits you best. You won’t be disappointed by our premium cannabidiol products. 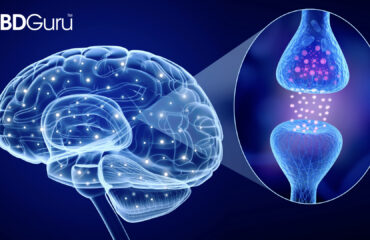 CBD and our internal opioid network